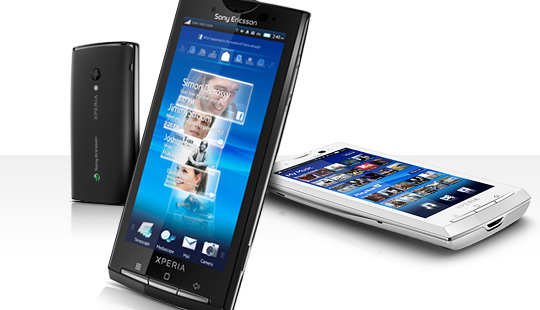 I have written before about my new love for Android OS based phones. The OS is pretty solid. Google has done a great job with making an OS that is easy to use, easy to update, and flexible. But still hackable enough for the true geeks to take a stab at.

There are some great Droid phones on the market, and the Sony Ericsson Xperia X10 is another to add to the list. The Xperia X10 runs on the AT&T network and is a solid competitor in the Android phone market, although it's a bit behind.

The X10 features Timescape. Timescape is a unique tiled view of what has been going on on your phone. You can view a quick timeline of calls, text messages, email, Twitter & Facebook updates, and more. I had some problems getting it to run consistently. It was forever attempting to download my Twitter data. Perhaps it was just too much.

The specifications include a 4″ screen, 1GB of RAM, microSD slot and 3G. But, my one main highlight is the 8.1MB camera with LED. The camera has solid functions. You can adjust just about everything. AND I love that it has the side button for snapping pics. This is the main thing that I miss on my Evo. I loved it on the Droid X. It makes taking photos a LOT easier. However, the ease of toggling camera functions stops there. The “flash” is awkwardly called a “photo light” and can be turned off and on in the photo options. It would be nice if there was a button to quickly adjust that option when framing a photo. I also like the little photo roll showing recent shots at the bottom of the screen.

Unfortunately I did not venture out to take photos of pretty flowers like I usually do on reviews, because it's cold and all the flowers are gone. 🙂 Here are a couple of random shots in the house:

If you are on ATT and looking for a good Android phone, check out the Sony Ericsson Xperia X10. It really is a solid Android phone, although it has a couple of shortcomings. Hopefully these can be updating with a future Android OS update. With some improvements (like an OS update) this could really be a great phone. Well, it already is a great phone, but it could be just a tad better.

The Sony Ericsson Xperia X10 can currently be purchased from ATT for $99.99 with a 2 year contract.