Yep, one more post. Probably the last one. I think. 🙂 I just wanted to talk about how impressed I was with Sears and the way that they put together the Blue Blogger Crew Program. The 4 other people on the team were great, fun, people who really know their stuff.  Again, the team members were:

We were taken good care of by the electronics team at Sears. They had a good mix of press conferences and vendor meetings setup.  We had a fun team dinner, met for morning coffee. Well, that did not happen all days. It was pretty darn early and I was 2 hours before my usual timezone, so getting up at 6am to be ready for 7am coffee did not work out too well. LOL!

Another highlight for me was the Sony Press Conference which was full of glitz, glamour, stars and cars! Well ok, just one car… the Green Hornet Car which arrived on stage complete with the stars, Seth Rogen and Jay Chou inside. We each got a pair of 3d glasses to soak up the HUGE 3d display that was setup above the Sony “booth”. Booth is not the right term. There were several booths that were more like cities. 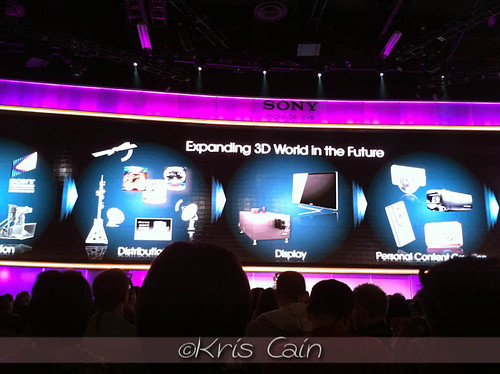 I already told you about the Samsung Press Conference. We also did a Samsung booth tour which got us a closer look at the new Samsung Tablet, and several other things. 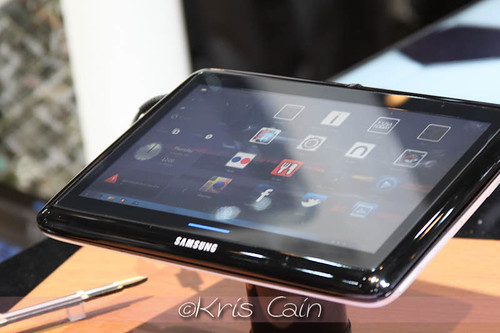 As CES was winding down we all huddled for a few minutes to interview Karen Austin, President of Sears & Kmart. She talked to us about the future of technology. We each then took turns talking about what we thought about CES. See the video below:

Stay tuned for more from the Sears Blue Blogger Crew. We aren't done yet. 🙂 You can keep up with Sears Electronics on the Sears blog.

Ok, I told a story. I just thought about one more post. 🙂

Disclosure: Sears provided travel and lodging for me to attend CES. All opinions are my own.

Previous Post: « Have You Signed Up for Clickbooth Yet?
Next Post: Ford Green Wows at NAIAS in Detroit! »