You are here: Home / Photography / Samsung Coast to Coast Photo Outing Pics are Up! Check Them Out 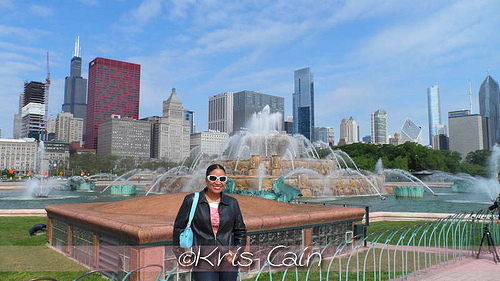 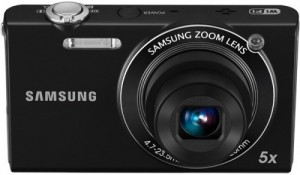 As I wrote about before, I got the very cool chance to hang out with Samsung to try out and promote their great new camera, the SH 100. This is a pocket camera, but WOW! After spending a few hours with it in downtown Chicago, I was VERY impressed. The camera is easy to use and full of features. If you missed the first post check it out to see the camera and specifications. Photos came out GREAT!

My poor little Canon camera that I had already is now jealous because I have pushed it aside. I love the touch screen on the SH 100 because it is so easy to change settings. And I love the fact that the camera has Wi-Fi! I impressed my girlfriend the other day by emailing her a pic right from my camera. 🙂

The Samsung Coast to Coast photo crew came to me after enduring bad weather while storms were pounding the midwest. So, I actually did not get to check out the trailer up close at all! It had been taken for repairs that morning, because at some point along the way a wind storm blew out a window! I'm glad that everyone was ok! But, just by accident we caught a glimpse of it driving past us on Wacker drive while we made our way to lunch. 🙂 I did however hang out with Chin and Ryan whom had never been to Chicago before, so it was fun showing them some of the awesome sites downtown that photograph well. 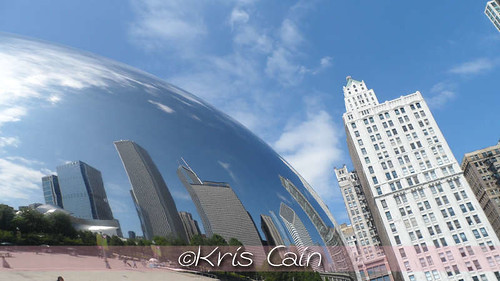 We met at the Buckingham fountain. IT.WAS.COLD! I think the temp that morning was only around 50, which means it was really cool right on the lake. But, we endured and got some great shots. 🙂 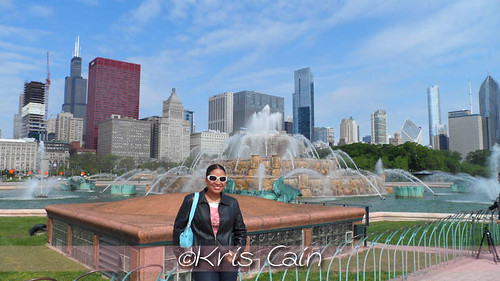 We wandered Millenium Park, Michigan Avenue, and more. It was a beautiful clear day for photos, although the pics make it look warmer than it really was.

We even came across a group of policeman having a ceremony of some type. They were from all over the Chicago area and the suburbs. From what the sign said, it looked like they were celebrating the success of the “Click it or Ticket” campaign. 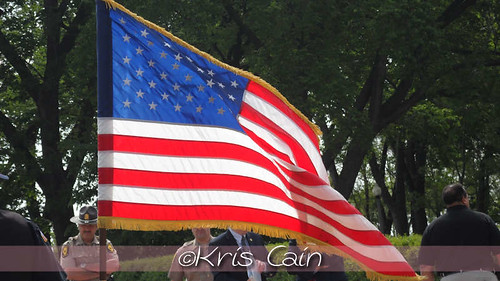 All of the photos from all of the great folks that they have visited from coast to coast can be found on the Samsung Camera USA Facebook page. 7 of my photos made it up there! You can view all of my photos HERE. And please hover over the photo, and if you like it, hit the LIKE button. 🙂

All of the photos, including the rejects can be found on my Flickr page. And remember that all of these were taking with a POINT AND SHOOT CAMERA!! Amazing, huh?

Disclosure: This post is part of a promotion for Samsung’s Coast to Coast Photo Post. I received a camera for review and am being compensated for the promotion.